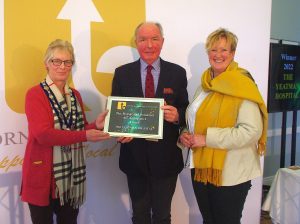 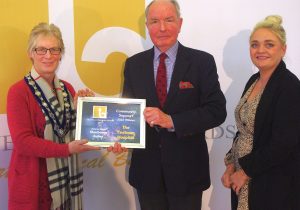 Congratulations to Sherborne’s Yeatman Hospital for winning two gongs at the Sherborne Business Awards that took place at Leweston School.

The hospital was awarded the Community Support Award, for going the extra mile in the past year, while also being recognised for consistently being dedicated and committed to helping others.

And the second win was the Dorset and Somerset’s Air Ambulance Award for Safety – a special award to recognise the hospital’s commitment to local people’s health and wellbeing while making a difference to the community.

Local people nominated businesses to be put forward for an award and judges picked the winners.

“We are immensely proud to have been nominated, let alone win two awards. It’s a huge morale boost for all the teams to be recognised within the local community for the work we do. Thank you from all of us.David Hayes, Chairman of the Friends of the Yeatman, attended the award ceremony and received the awards on the hospital’s behalf.

To find out more visit www.sherbornebusinessawards.co.uk