NHS Dorset CCG would like to thank everyone who took part in the public consultation on proposals developed under the Clinical Services Review, which took place between 1 December 2016 and 28 February 2017.

During the consultation thousands of people had their say on proposals for specific roles for hospitals in Poole and Bournemouth, as well as community services and the redistribution of beds in the county. Under the proposals Dorset County Hospital in Dorchester would be largely the same as it is now.

As of midnight on 28 February, over 12,000 questionnaires had been submitted, however this number is expected to rise as the total number of responses is counted and confirmed over the coming days.

Around 1800 people attended 16 drop-in events, with hundreds more taking the opportunity to speak to the team at 25 pop-up events across the county.

The team also answered over 560 queries and concerns from members of the public and organisations.

Over the coming months Opinion Research Services (ORS) will analyse the views and information gathered during the public consultation to produce a report, which we expect to publish by summer 2017.

This report will inform the final business case, which will be presented to the CCG’s Governing Body in late 2017 to assist them in the decision making process. The information in the report will be fully and thoroughly deliberated by the Governing Body before it makes its decisions, which will then be widely publicised.

During this time updates will be given via www.dorsetsvision.nhs.uk, the local media and other networks, for example the Health Involvement Network and Patient Participation Groups. 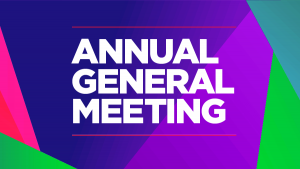